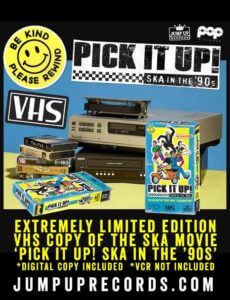 WE ARE SOLD OUT! Check with www.skamovie.com to see if they have any left! We hope to have a small amount in the future for VCR day in June! PICK IT UP – SKA IN THE 90s is the documentary that everyone in our ska world is talking about! We were so happy to be interviewed in the movie, even happier to see  close friends featured too …especially Mephiskaphales, Bucket from The Toasters, Vic an Jay from The Slackers, Chris Murray, Dan from MU330, Dave from Mustard Plug, Jay from Suicide Machines, Roddy Radiation, Desorden Publico….and many more! Watching the movie was like a class reunion – seeing old live footage once again – and getting the old gang back together once again . Truly nostalgic!  And what can be more nostalgic than owning a 90’s ska documentary on the format that dominated that entire decade – the beautiful VHS tape! This is the ultimate collector’s edition – the VHS tape will be limited to 50 copies initially… and if people beg we will make 50 more! Just like the old days when you walked into Blockbuster and held video cases in your hand – this has a full color printed cardboard sleeve and labels! Comes with a FREE DIGITAL DOWNLOAD in case your old VCR is currently in the garage underneath your high school yearbooks. An incredible gift this holiday season! END_OF_DOCUMENT_TOKEN_TO_BE_REPLACED 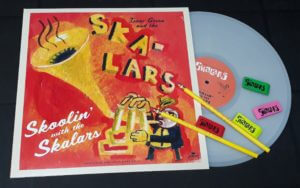 Another incredible 90’s Moon Ska NYC classic gets a vinyl release for BLACK FRIDAY! ! St Louis’ ska darlings debut album from 1996 on white cloud vinyl  Limited edition of 30o copies! Not familiar with The Skalars? Too young? Here’s a great review from back in the day: END_OF_DOCUMENT_TOKEN_TO_BE_REPLACED 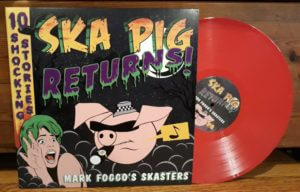 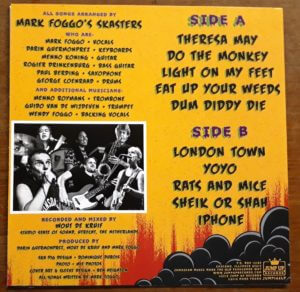 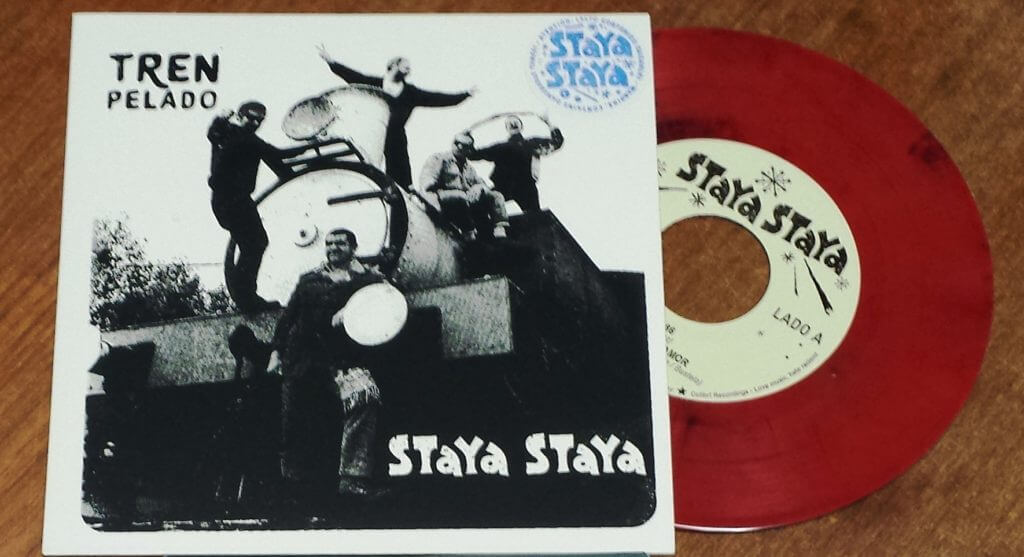 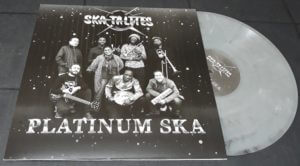 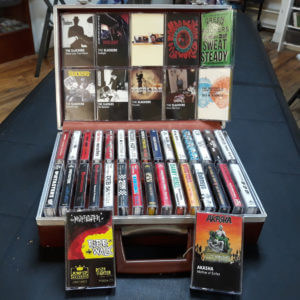 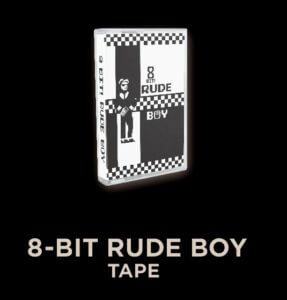 8 BIT RUDE BOY now on cassette tape! An incredible and fun collection of ska and reggae composed on 80’s Japanese game consoles! Cassette Store Day has come an gone but we keep releasing new tapes all year!  2019 was our 4th year as an official label – once again we lead the pack with the most CSD releases of ANY label – 12 titles!  Check out those releases on our separate page! It’s crazy, when we jumped back on board in 2016 we released the “Pressure Drip” collaboration tape with Dark Matter – a Jump Up label sampler to be enjoyed while sipping on our exclusive coffee blend. Every year since then we have added more and more new titles and retro classics to the catalog. Tapes are super fun and very collectible, and they are more limited than vinyl! They are also VERY affordable – more and more tape decks, Walkman or Boombox style portable players are being made now too! Due to many requests we decided that it was time to designate a page to the tape catalog we have available. Everything BUT our first CSD tape “Pressure Drip” is currently available. See pics and lists – the more you order the cheaper the tapes get!  END_OF_DOCUMENT_TOKEN_TO_BE_REPLACED

END_OF_DOCUMENT_TOKEN_TO_BE_REPLACED 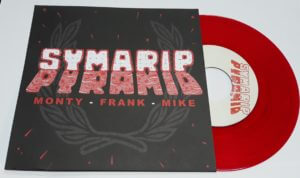 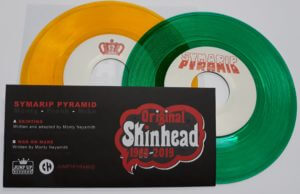 LIMITED REPRESS in on RANDOM COLOR VINYL!  Mostly RED but other variations do exist! At last year’s Ska Brewing anniversary party in Durango CO – Ska Brewing and Jump Up sat down and decided to unleash an all-USA collection for Record Store Day 2018! It was a nail-biter, but in the end we squeaked out enough copies to supply release shows in Colorado and Chicago and the balance have been shipping worldwide ever since! Then we released the collection on limited edition cassette for Cassette Store Day! Seventeen bands with all kinds of ska styles represented. Forthcoming tracks from JUMP UP albums appear from THE FUSS, BOSS RIOT, BIG SKA BAND, THE PRIZEFIGHTERS – plus CHRIS MURRAY (with CapsLock), BOOMTOWN UNITED, BREACHERS, BANDULUS, MONTY NEYSMITH & THE BISHOPS, DENDRITES, BLUE HORNETS, GREEN ROOM ROCKERS, BOWCAT, BUSTER’S GHOST, THE CROMBIES, 2 TONE LIZARD KINGS and THE TOASTERS! END_OF_DOCUMENT_TOKEN_TO_BE_REPLACED