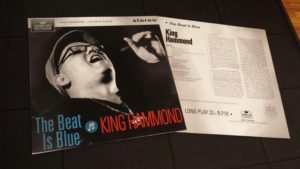 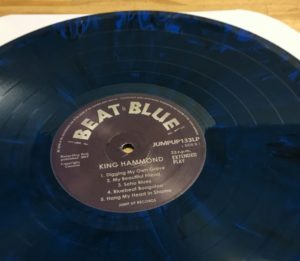 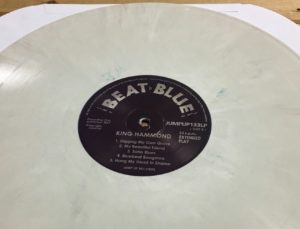 KING HAMMOND is Nick Welsh. He is a musician, producer, and songwriter from the United Kingdom. He is by far one of the most prolific ska/reggae musicians on either side of the pond, his resume includes PRINCE BUSTER, LAUREL AITKEN, DAVE BARKER, RICO RODRIGUEZ, and JUDGE DREAD. Nick also played on LEE ‘SCRATCH’ PERRY’S Grammy Award winning album “Jamaican ET’. As a bassist and song writer in BAD MANNERS and THE SELECTER, he was integral to both band’s post 2-TONE success. Nick Welsh went to school with BUSTER BLOODVESSEL, Louis Cook, and Paul Hyman from the original line up of BAD MANNERS. In 1986 Nick played his first gig with BAD MANNERS, shortly after he formed BUSTERS ALL STARS with Mr. Bloodvessel while BAD MANNERS was on a short “break”. The two acts combined in 1988 resulting in the BAD MANNERS album ‘Eat The Beat’ – five of that album’s top tracks later appeared on “Return of The Ugly” which fueled the reformed band’s worldwide comeback tour. While all of this was in play, BUSTERS ALL STARS released the legendary “Skinhead Luv-Affair” album and KING HAMMOND released “Revolution ‘70”. Fast forward 23 years, JUMP UP kicked out “Floorshaker!” – a collection of crisp and addictive skinhead reggae that pays homage to the originals that inspired them. But of course, that wasn’t enough. Fans demanded more. “THE BEAT IS BLUE” was born. Recorded in 60’s British Blue Beat style, these songs are a throwback to the heyday of the label who made household names of LAUREL AITKEN and PRINCE BUSTER. BLUE BEAT recordings were often recorded in London with well known musicians such as GEORGIE FAME and EZZ RECO, creating a distinctly British take on Jamaican SKA. In addition to appealing to the West Indian community in the UK, BLUE BEAT was played alongside soul sides at Northern clubs and became associated with the British Mods and skinheads of the mid to late 60s. KING HAMMOND’S SKA TAKES LONDON ONCE AGAIN– AND THE BEAT IS BLUE! 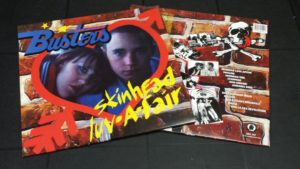 Finally back in stock/print is the 1989 classic from BUSTER’S ALL STARS (the BAD MANNERS “side” project with Buster Bloodvessel) and their amazing 2 TONE inspired homage to skinheads, the instantly loveable “Skinhead Luv Affair”. Featuring songwriting brilliance from NICK WELSH (aka KING HAMMOND) – this album was much more than a novelty conceived while BAD MANNERS was on “hiatus” – it’s popularity actually helped reform the band! Members of BUSTERS ALL STARS and the remaining members of the original BAD MANNERS “merged” to create the BAD MANNERS unit that would record the modern day classic “RETURN OF THE UGLY” (soon to also be released on Mad Butcher)