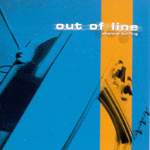 Since 2001, Milwaukee, Wisconsin based OUT OF LINE has quickly gained a varied audience blending ska, rock, punk, pop, and funk to create an engergetic sound all it’s own. Seven memebers strong including a powerful female lead vocalist, OUT OF LINE’s infectious, danceable Third Wave ska-punk is driven by dark 2-Tone styled keyboards and horns. OUT OF LINE is often compared to popular crossover ska-pop acts DANCE HALL CRASHERS, SAVE FERRIS, and NO DOUBT, but these guys are truly so much more! One listen to “CHANNEL SURFING” shows an entirely unique sonic range – hard rock guitars, peppy off-beats, bouncey keys,

vocals that are aggro one minute and mellow the next – meanwhile the beat jumps from Third Wave ska to punky funk’d up rock then back to ska. Throw in their obvious 80’s new wave influences, and you hear a little Deborah Harry in lead singer Suzie Barnett’s…which makes OUT OF LINE’s ska’d up cover of “Call Me” a natural choice for this album and their live shows.

Coming from a rich Midwestern ska scene fueled for the past 10 years by JUMP UP RECORDS, OUT OF LINE spends the majority of their time playing shows all across Wisconsin, Minnesota, Missouri, and Chicago, having opened for THE SLACKERS, THE TOASTERS, THE ECLECTICS, and DEAL’s GONE BAD on many occasions. In 2003, they quickly beacame part of the national music scene with their inclusion on the massive STILL STANDING 4xCD BOX SET, which to date has sold more that 5000 copies. Being one of 5 bands (of out 88 total) that feature a female lead vocalist didn’t hurt one bit – OUT OF LINE solidly stood out from the pack. Although only a few years old to date, OUT OF LINE look to be one of the brightest stars on the new American ska scene along with label mates the KNOW HOW (FL), and the STINGERS ATX – so look out America, WI-SKA-NSIN is back on the map!