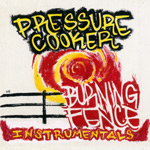 Boston’s Pressure Cooker formed in early 1997 to create and perform a unique blend of original ska, rock-steady and reggae music. The group draws its musical inspiration from traditional Jamaican movements spiced with Jazz, Calypso, and Latin arrangements – enticing both the listener and dancer alike.

Pressure Cooker’s diverse group of artists have been involved with Boston’s live music scene for many years, bringing a unique blend of talent and experience to the table. The band was nominated for Best Reggae Act 1999 and Best Ska Band 2000 by the Boston Music Awards. In June of 1999, Pressure Cooker released its debut self-titled CD to significant critical acclaim, and in January 2001 dropped its sophomore effort “I Want To Tell You” which won the award for “Best Ska Album of 2001” from About.Com. The band’s word-of mouth following combined with significant ska/reggae press quickly brought the band to the attention of Jump Up Records. It was after witnessing the band’s brilliance backing PRINCE BUSTER, DERRICK MORGAN, and MONTY MORRIS on a rainy night outside of Boston, that label head Chuck Wren set his sights to be the first label to work hand in hand with one of American’s best bands!

Pressure Cooker rings in the new year with a brand new instrumental CD entitled “BURNING FENCE”, featuring fifteen original songs plus two deejay versions. The album was conceived, written, and recorded over the course of only a few weeks at the tail end of 2003. The album was recorded live to 1/4″ analog tape during one main session t EchoBass studio in Newton, Mass. Inspired by the recording methods of early Jamaican recording artists, this album captures the old-style roots of the Pressure Cooker sound in a live one-take setting. Whether it’s scorching Skatalites-style ska, crucial roots reggae, smooth lovers rock, or dub heavy rockers, Pressure Cooker’s tremendous writting “sings” without words, dropping an unforgettable, infectious soundtrack in your head after just one listen.

“Pressure Cooker remains firmly and freshly rooted in the purity of original Jamaican ska and reggae. It’s firm because of the expert musicianship throughout the band, from rhtyhm to melody. It’s fresh because of the sweet vocal style of Craig Akira Fujita and the eager energy brought to every track by the band. During the days when ska fans are already waxing nostalgic for the glory days of 1996, Pressure Cooker is indeed a precious resource not to be missed.” – Bob Timm, ABOUT.COM