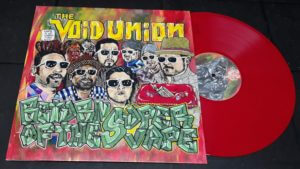 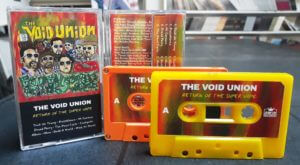 Void Union has a simple mission statement: preserve the Jamaican music of the 1960’s, collaborate with Ska’s originators, and actively recruit guest players from the ensembles that have proven equal to the task of reinventing the genre. On this brand new album David Hillyard (The Slackers), Steve Jackson (The Pietasters), Alex Desert {Hepcat), Jr Thomas, The Expanders all guest on what surely will become a modern ay classic! Top-shelf collaborations are nothing new, in the past Derrick Morgan, The Skatalites, Lynval Golding (The Specials), King Django, Angelo Moore (Fishbone), Chris Rhodes (The Mighty Mighty Bosstones, Spring Heeled Jack),and David Hillyard (The Slackers, Hepcat) all have been featured on Void Union recordings. In November of 2010, Vin Gordon (The Skatalites, Bob Marley and the Wailers) joined the group for a watershed European tour. Thaddeus Merritt (Bass), Rick Smith (Drums), Rich Graiko (Trumpet), Alex Stern (Guitar, Keys), and Anant Pradhan(Tenor Sax), comprise Void Union’s core, but, the band’s philosophy lends itself to a collective atmosphere in which like-minded musicians sit in and assure that no show is the same as the one that preceded it. The audience at a gig is not a mere handful of die-hard Ska enthusiasts; a survey of the crowd yields suits, working stiffs, parents, children, dreadlocks, moptops, and…hipsters? All turn out to bear witness to a versatile ensemble that is as at ease providing the jazz-tinged instrumental foil to a Jamaican legend as it is leading a sing-along at a neighborhood bar. “Return Of The Super Vape available now on CD, limited edition tape, and vinyl limited to 300 copies. Red vinyl limited to 100. 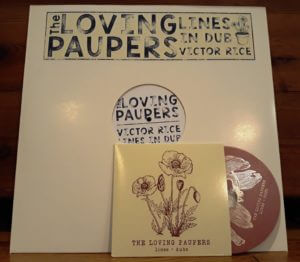