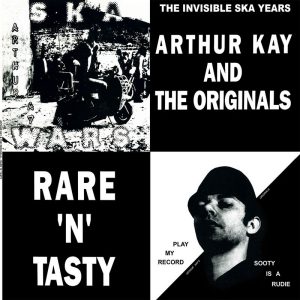 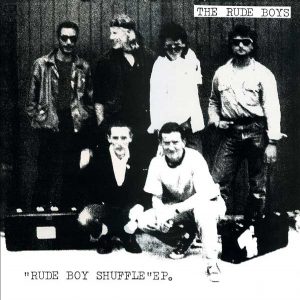 They crew at MAD BUTCHER Germany really outdid themselves with these reissues from the late 8os!! ARTHUR KAY’s “RARE AND TASTY” was released on SKANK Records in 1988 but actually compiled his rare self-released singles during the beginning of the 80s during the height of 2-TONE.  Songs like “PLAY MY RECORD” and “SOOTY IS A RUDY” are stone cold 2-TONE classics, but his “SKA WARS” single was not far behind. This album is essential for all fans of “lost” UK 2-TONE sounds!  The other reissue from the same period is 1989’s 4 track EP from the RUDE BOYS, this was the new orleans r&b styled ska band fronted by Roddy Moreno of The Oppressed. Originally released on 12″ single on SKA RECORDS, Mad Butcher has put this exact repro on 7″ single once again!