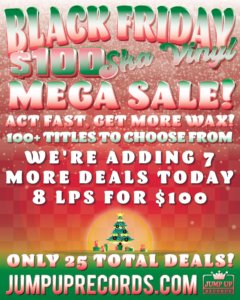 Black Friday means BIG DEALS! Over 100 titles to choose from including TONS of vinyl imports! Many titles are warehouse finds and currently unavailable on our website! Try some new bands! Feel good about helping a DIY small business that’s been around 29 years – buying vinyl from us will never break the bank! If you’re new to vinyl records stick with us – we’ll beef up your modern SKA collection real quick! We release more ska LPs than any other label in the world and won’t steer you wrong! Only a couple copies remain on some titles, so act fact! ONLY 7 more deals are allwoed – limit 1 deal per customer. List of qualifying vinyl titles below.  You must purchase the deal first before sending your choices to jumpuprecords@gmail.com with BLACK FRIDAY SALE in the subject line – Thanks!  Chuck

END_OF_DOCUMENT_TOKEN_TO_BE_REPLACED 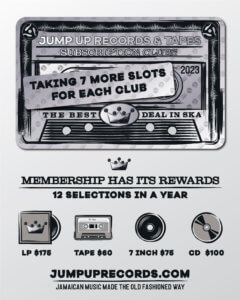 It’s that time of the year again! The original ska subscription clubs are back! The Perfect Gift For The SKA / REGGAE Fan Who LOVES New Music! We’ve run the original CD club for 20+ years now! Our CASSETTE TAPE club is our newest one, this is only it’s 5th year! Get Hard To Find Limited Edition Releases Handpicked By JUMP UP Records! It’s a great gift – or just treat yourself – we know you’ve earned it especially after the past couple of uncertain years! Has your hectic lifestyle (family, job, school, etc) made keeping up with the global ska scene nearly impossible? Like collecting and actually holding something in your hand? Or do you just love surprises that come in the mail?  If you answered yes to any of these, then these clubs are perfect for you!  END_OF_DOCUMENT_TOKEN_TO_BE_REPLACED

It’s that time of the year again! The original ska subscription clubs are back! The Perfect Gift For The SKA / REGGAE Fan Who LOVES New Music! We’ve run the original CD club for 20+ years now and our vinyl LP club for 13 years! Get hard To find Limited Edition releases handpicked by JUMP UP Records all year! It’s a great gift for a vinyl newbie – or treat yourself – you’ve earned it after the past two challenging years! Has your hectic lifestyle (family, job, school, etc) made keeping up with the global ska scene impossible? Are you a new vinyl lover who wants to beef up your ska section? Tired of crazy high vinyl prices and want a great deal that beats inflation? Do you love surprises that come in the mail? If you answered yes to any of these questions  – these clubs are perfect for you! END_OF_DOCUMENT_TOKEN_TO_BE_REPLACED 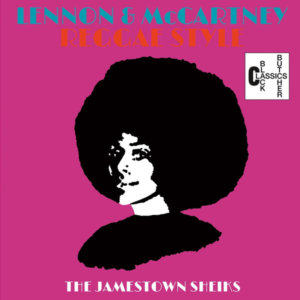 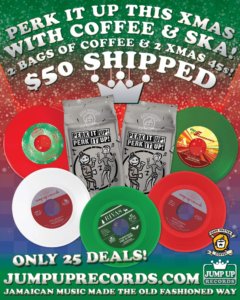 We’ve got a killer bundle deal that’s a perfect gift for every ska fan! It’s been nearly three years since we had our “PERK IT UP” blend in stock, of course inspired by both 2-Tone AND 90’s third wave ska with amazing art from CHEMA SKANDAL! This incredible deal gets you TWO BAGS of PERK IT UP coffee from Chicago’s world famous DARK MATTER roasters – plus your choice of two Christmas 45s from the below list! All orders get a copy of ON THE BEACH CD sampler too! After purchase send your choices with the subject COFFEE & SKA to jumpuprecords@gmail.com – ONLY AVAILABLE FOR USA CUSTOMERS, sorry. 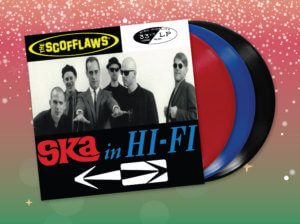 Released on vinyl for the first time ever! Originally issued in the fall of 1995, “SKA IN HI FI” was a major evolution from the band’s debut album in 1991. A tremendous 16-song effort with non stop danceable grooves, time tested live staples appeared as studio versions for the first time, making the album an instant hit for Moon Ska NYC. Includes their most famous composition, “William Shatner,” an ode to their favorite Star Trek actor and all around renaissance man, plus fan faves “Nude Beach” and  “Spider On My Bed”.  THE SCOFFLAWS still sound best when they get off on an big band instrumental ska groove, especially on Duke Ellington’s “Caravan” (“Skaravan”) and Herbie Hancock’s “Watermelon Man” – but don’t get me wrong,  the vocals are very efficient on this sophomore classic.  Overall it’s a truly spirited affair – the band never rushes their music, instead preferring to rely on relaxed tempos and letting their powerful horn section lead the way.  At the time of this recording the band was truly at it’s height, included in their ranks were VICTOR RICE and BUFORD O’SULLIVAN alongside founder RICHARD BROOKS. Available on Classic Black, Red or Blue Vinyl. **SUBSCRIPTION CLUB SELECTION!** 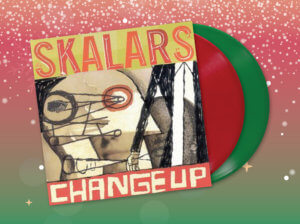 THE SKALARS (formerly Issac Green & The Skalars) released their sophomore album on Moon Ska NYC in 1999, at a time when much of the American ska scene was “crashing” due to mainstream media “fatigue” looking for the next big thing in underground music. True fans never went away, but the trendy bandwagon jumpers were gone suddenly making new ska albums kryptonite to retail, and brilliant albums like “CHANGE UP” never got their fair shake – which is why we are righting this wrong with a vinyl release 23 years later! To put it bluntly, this sophomore album was light-years ahead of their 1996 debut “Skoolin’ With the Skalars”. Jessica Butler’s gorgeous voice is in fine form, belting through tracks like “After The Show,” “J.A.M.,” and a torchy cover of the classic “Hold Me Tight” with soul and grace. Trombonist Evan Shaw took an expanded vocal role too, and their  voices play very well off each other on “Follow Through,” “Zero Commitment,” and the rave-up crowd pleaser “Box Of Death,” while Shaw takes the lead on the tasty “Mixed Blessing.” Of course, the horn work (from Shaw, Butler on sax, and guest Tyler Jones of Spring Heeled Jack on trumpet) is tight and sweet, and the band is right on time – check out “Strikeout Summer,” which gives guitarist Ethan D’Ericole a chance to shine, and the Latin-tinged “This Is It,” which gives the whole band a nice work out. All in all, “Change Up” was an amazing leap forward for this talented band hailing from St Louis, let’s hope for some more reunion shows to celebrate this re-release! Limited to 500 copies on green and red vinyl.  **SUBSCRIPTION CLUB SELECTION!** 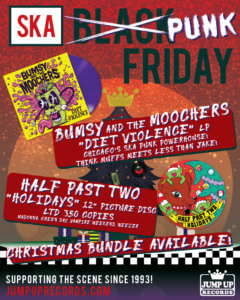 Last year’s fun “Holiday” EP now available as one sided digital print vinyl picture disc! Half Past Two, fresh off the release of their self titled 2021 full-length album, released a new EP titled ‘Holidays’ consisting of upbeat ska covers of the song “Holiday” by Madonna, Green Day, Vampire Weekend and Weezer! As guitarist/vocalist Max Beckman put it “While recording our cover of Madonna’s ‘Holiday’ last year, the idea of centering an entire release around covers of songs specifically titled ‘Holiday’ came up and was just too silly to ignore. Completing the additional three songs took a mad dash effort between releasing our new full-length record and returning to live shows but the songs turned out great! We’re super proud of this release and excited for our fans to get in on the joke”.  Green Day’s Holiday that gets the treatment first adding an injection of life, really dialing up the ska and even descending into a wicked sax solo to offer something fresh in a very familiar track. Vampire Weekend’s Holiday has a nice, mellow beat that fits the tone nicely, and believe it or not Weezer’s Holiday has just a touch more bounce and energy than the original!!! Not to be outdone the finale….Madonna’s much-loved Holiday where the band rock things up, blending heaviness with touches of ska. This unique digital printed on one side / music on the other “picture disc” is limited to 350 copies!

Chicago’s Bumsy and the Moochers don’t disappoint on their new album “Diet Violence”, mixing peppy ska with blistering pop punk. Immediate comparisons to 90s legends Less Than Jake, Reel Big Fish, Dance Hall Crashers, The Muffs, The Donnas, Bikini Kill, The Distillers, and Save Ferris come to mind – one could even go back further and hear influences from The Runaways and of course Operation Ivy! On the surface, the album is ten tracks of catchy, and high energy ska punk that will get you to skank and sing along with the choruses. If you choose to dig deeper into their lyrics, you’ll find that Bumsy and the Moochers have truly important things to say. For example on “Rewind 99” singer Caitlin Edwards reminisces about the good old days of playing outside, zero internet & Super Nintendo. “Jump the Gun,” criticizes the tendency to jump into political discourse when we are often ignorant about the topic at hand, “Time’s Up” is an anthem against bigots, racists, and misogynists in our society, “Not Gonna Have It” focusses on health and body issues and “Living the Nightmare” spotlights life’s unrealized expectations and aspirations. As a Chicago label we are SO PROUD to team up with Sell The Heart Records & Ska Punk International Records to bring you the vinyl edition of this incredible new album. Random color vinyl limited to 500 copies. 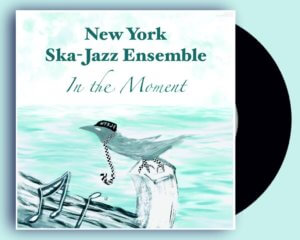 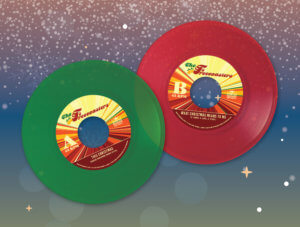