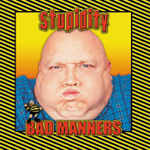 Formed in 1976 by school chums who lived in London, Bad Manners quickly became a worldwide institution – mostly due to their “larger-than- life” front-man BUSTER BLOODVESSEL. Their ska-influenced pop and outrageous stage antics packed the pubs and clubs of London in the late 1970’s – years before the 2-Tone SKA movement (Specials, Selecter, Madness) had taken Britain by storm. By 1979, the Bad Manners spectacle had attracted such a cult following that they were signed by MAGNET RECORDS without even recording a demo tape. Bad Manner’s sound

was infectious – a unique blend of SKA, jump blues and boogie called “Ska ‘N’ B” – which ended up the name of their debut album in 1980. Between 1980 and 1983 Bad Manners spent 111weeks in the UK pop charts and had 15 hit singles off the albums “Loonee Tunes”, “Gosh It’s…”, and “Forging Ahead”. Hits included Ne-Ne-Na-Na-Na-Na-Nu-Nu, Lip Up Fatty, Special Brew, Lorraine, Just a Feeling, Can-Can and Walking in the Sunshine to name but a few. Each was accompanied by outrageous appearances on Top of the Pops that endeared Buster and his chums to the great British public. In the mid 1980’s, Bad Manners¹ UK chart topping success came to a halt yet their touring schedule heated up ­ including support of their newest album ³Mental Notes² released on the US label PORTRAIT in 1985. Sadly, the new musical direction of ³Mental Notes² combined with no European release lead to Bad Manners parting ways with their US mega-label in a few short years. Between 1988 and 1992, a newer version of Bad Manners recorded a number of great albums (³Eat The Beat², ³Return of the Ugly², and ³Fat Sounds²), toured Europe, Scandinavia and the USA constantly. During this time Buster had also acquired the Blue Beat label and went independent as a recording artist ­ plus he now had the ability to record new acts. One such act was Longsy D. His acid-ska dancefloor gem ³This is Ska² featured Buster and actually charted in 1989. At the same time Buster released ³Eat the Beat² which featured many tracks that would later appear on the US release ³Return of the Ugly² in 1989. A massive US tour in 1995 packed houses nationwide and solidified their cult status, leading to MOON SKA¹s release of ³Heavy Pettin² and ³Rare N Fatty² in the late 90¹s. Since then BAD MANNERS has continued to gig non-stop including trips to Japan where Buster has become a superstar though look-alike performers! JUMP UP RECORDS is proud to release Buster¹s newest album ³STUPIDITY² in the USA and Canada ­ it¹s a lifelong dream! The band is playing their best ever, Fatty is in full charge with a rock-solid rhythm section, ass-kicking brass, tempestuous keyboards, mean harmonica, and the finest SKA guitar in the world! Bad Manners are back on top of the SKA world where they have always belong.