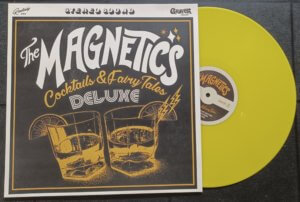 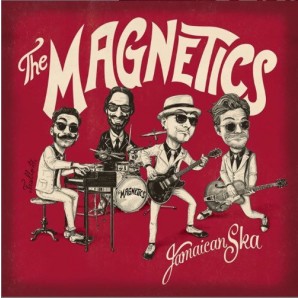 THE MAGNETICS are an Italian band formed in 2017 and led by Olly Riva, their sound mixes original Ska, early Reggae, Jamaican music, and Rocksteady filtered through a “vintage” soul rhythm n’ blues vibe. The band’s first album “JAMAICAN SKA” (2017) was nominated for ‘Record of the Year’ by many SKA webzines and radio stations  around the world. The band’s second album “COFFEE AND SUGAR” was released in 2018 by GROVER RECORDS, soon after the single “COME PRIMA” was released, a cover song of the Italian classic pop tune feat Tony Dallara,  one of the greatest voices in Italian music history. The band has toured restlessly, raking up more then 250 shows across Europe, Ireland, Germany, France, Poland, Holland, Belgium and overseas on a small Mexico tour.  They have appeared on some of the greatest ska festivals including Zwarte Cross (NL), Reduit and Dynamite Fest (DE), Gdansk SKA Jamboree (PL), Tramore SKA fest (IRL), Rock N’Stock (FR).  In November and December 2019 THE MAGNETICS toured and backed legendary Jamaican singer SUSAN CADOGAN, and recorded two studio tunes with her as well for a future 7 inch single. In August and November of 2020 the band released “Cocktails & Fairy Tales” Vol 1 & 2, which are both collected here on limited edition yellow vinyl, 300 copies. The album is a wonderful mix of songs about drinks from around the world! Booze! Cocktails! Scorching surf 60s ska, crooner big band vocals, Cuban-Jamaican mambo reggae and so much more! Songs about “Gin & Tonic”, “Bloody Mary”, “Campari”, “Tequila Boom Boom”, “Mojito”, “Jamaica Glow” and more! The perfect summer ska/reggae record of 2022! We’ve also restocked their first album “Jamaican Ska” too, add a copy at a discount price!