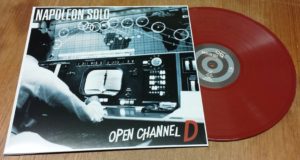 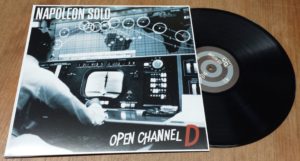 JUMP UP is so proud to be working with one of our favorite bands of all time, an act that was a missing link connecting 2-TONE with the first European ska explosion at the end of the 80’s – Denmark’s smart-dressed Nutty Boys NAPOLEON SOLO! Their first new studio album since 1989 – “OPEN CHANNEL D”  – has arrived! NAPOLEON SOLO’s unique blend of British 2 Tone, Jamaican ska, and rhythm & blues mixed with sixites-style soul has attracted legions of fans worldwide since their formation in 1984. In fact, as early as 1988 BUSTER BLOODVESSEL of BAD MANNERS championed the band and produced their first mini-album “How To Steal The World” for Unicorn Records. He also presented them to UK fans on the legendary Blue Beat Explosion Tour, which featured BAD MANNERS (UK), BIM SKALA BIM (USA), and future PORK PIE acts SKAOS and THE BRACES. After that tour New Music Express proclaimed NAPOLEON SOLO as one of the top 10 ska bands in the entire world! NAPOLEON SOLO followed up on this success by releasing a new album “SHOT!” in 1989 on Intermusic Denmark and on Bloodvessel’s BLUE BEAT in the UK. This just happened to be the same year PORK PIE was founded, and after a successful tour of Germany the album was also released by the pioneering ska imprint. Fast-forward to 2011, NAPOLEON SOLO reunited for the re-launch of the London International Ska Festival, and also released their tribute song “We Are Copenha-gen”’ for the FC København football club. That same year they shared the stage with THE SPECIALS in their hometown, a lifelong dream for the band. In 2015 the band released a bit of holiday cheer in the form of a cover version of SLADE’s “MERRY CHRISTMAS EVERYBODY”, which was issued as a split 7” vinyl single in 2016 alongside fellow countrymen LEO & THE LINEUP. A year later the band’s earliest studio recordings were resurrected from their cassette-only status on the limited edition vinyl collection “EARLY RECORDINGS First Demos 1984-1985” – at the same time the band announced they would release a brand new album! On this new 15 track album the band stays true to form, remaining loyal to their soul/ska sound including fresh new versions of demo/live classics “0059”, “Nobody Told Me” , “House Conflict” and “Video Brainwash” –  and right from the opener “All I Need” it’s immediately clear that this long awaited new album fires on all cylinders, danceable ska and soulful reggae from the first to the last groove. We here at Jump Up have literally been waiting for this new album for every day since 1989, and we are equally honored to have partnered up with PORK PIE in Germany to launch the return of this pioneering European ska band.