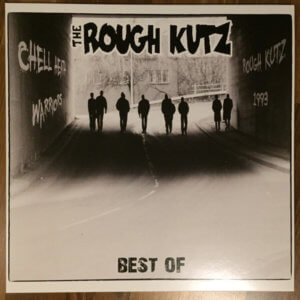 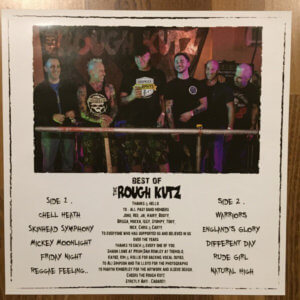 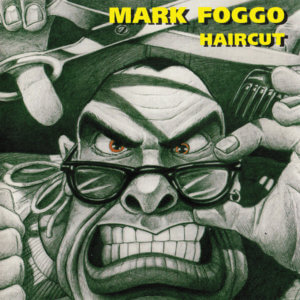 The Rough Kutz where formed by Hazza (Hammond organ), Brigga (vocals) and Rat (guitar) in 1993 in Stoke-on-Trent, England. their first studio album, A Bit O’ Rough was released in 1998 on Mark Foggo’s label Skanky ‘Lil Records. After this release the band began touring Europe. They released second album Welcome to our World in 2002 and, in 2006, followed with Another Week Another War. On this album Roddy Radiation from The Specials played guest lead guitar. In 2010 they released their fourth album Gangsters Playground on RK records and in 2012 the Rough Kutz recorded a version of The Specials song “Rude Boys Outa Jail” for the Specialized charity and began contributing to their collections ever since.  This 2017 Best of collection from German label Randale is a new modern classic featuring their catchiest 2-Tone working class skinhead anthems from the past 25 years! ROUGH KUTZ were one of our top sellers back in the CD days, we are so proud to have this collection! Not to be outdone we have another Skanky Lil classic on vinyl from the 2-Tone legend himself……MARK FOGGO! This 1995 classic was finally issued on vinyl in 2018 by Randale Records in Germany and is finally available in the USA! Manic 2 tone is the order of the day!

Tracklist:  A1 Hurricane  A2 Haircut  A3 Bra And Panties  A4 American À Paris  A5 Ska In A Bar  A6 Sore Finger
B1 Big Big Mouth  B2 Spaceman Stuff  B3 Not Scott  B4 Lipso Dipso  B5 Married A Monkey