Celebrate RECORD STORE DAY 2017 with JUMP UP, and pick up our limited vinyl edition of the RUDE GUEST anthology! Marble vinyl, limited to 150 copies, comes with a DL code and a button! Not familiar with their story? During the early 80’s a small handful of bands kept the 2-Tone ska flame alive – Chicago’s RUDE GUEST was one of them! They released 4 limited edition cassettes before the US third wave kicked into full gear, and this release compiles all 16 songs from these tapes. Songs songs range from happy-go-lucky uptempo 2-Tone ska with a strong sax lead (think Madness or Bad Manners) to progressive roots reggae with a rock guitar lead and brooding 80’s keyboard. We first issued these tracks for CASSETTE STORE DAY back in October, and received some amazing press from the Chicago Reader – who did a full feature on the release including an interview with founding member Paul Schroeder. Read all about that HERE. A month later the band was featured in the Secret History of Chicago Music – right when we announced that the band would play a reunion show on Wednesday December 28th opening for Mustard Plug! Now we’ve fulfilled the band’s life-long dream to release vinyl! We’ve still got some CDs and cassette tapes left, both limited to 100 copies. 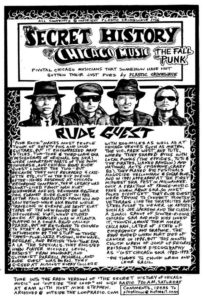 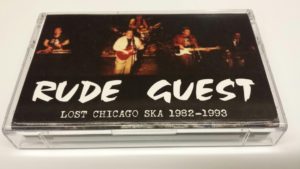 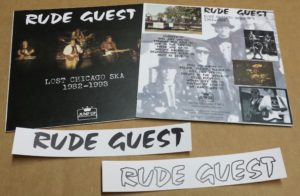