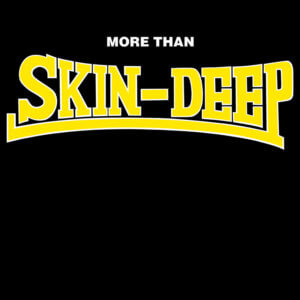 MAD BUTCHER reissue of legendary mid-80’s ska/soul crossover album from British skinhead band SKIN-DEEP! Formed in 1985 and quickly gained h notoriety after only 3 gigs, the band was approached by Link records to record songs for early streetpunk collections ‘Oi! The Ressurrection.’ and “’The Sound Of Oi!” solidifying their place in the skin scene worldwide. By 1988 their debut album ‘More Than Skin -Deep’ was released on Link off-shoot label Skank Records, it included 10 songs of varied styles influenced by 2-Tone, British punk, Northern soul and jangly Mod/ power pop. ‘Our Own Way’ was a stompin punk/northern soul crossover tune that opens the album in fine style, followed by the poppy brass driven ‘All The Fun’, a song about your teenage years. One of our faves was a cover of the ska/reggae classic ‘Come Into My Parlour’, ‘There’s Much More’ is a harmonica driven powerpop gem completing the first side. Side B opens with ‘I Wont Be Fooled’ a song about being beaten up by a gang, title track ‘More Than Skin Deep’ is another fantastic powerpop/ska number. Then came crowd favorite and Billy Bragg-esque SKA ditty ‘The Sycamores’, not to be outdone by ‘Another Way’ with great guitar riffs and to finish the album ‘What Else Could We Do’.  This classic was really one of a kind back in the day, it filled the void for fans who missed THE REDSKINS  but who also loved the gangly pop of acts like THE HOUSEMARTINS and secretly wished they would play a little ska! Very limited repress!