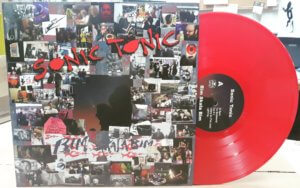 Bim Skala Bim’s “Boston Blue Beat” is a mix of upbeat 2 tone ska, alt-rock, calypso and reggae, the key to their signature sound is an unchanged line up since formation in 1986. Their brand new album “SONIC TONIC” is a true return to the form, proving once again why they were one of America’s premier bands who kickstarted ska’s third wave in the 1990s. “Sonic Tonic” contains nine new songs with special guest appearances by Dave Hillyard (The Slackers), Chris Rhodes (The Mighty Mighty Bosstones), Nick Welsh (aka King Hammond), Ken Stewart (The Skatalites), and Steve Cracknell (The Dub Pistols). “Sonic Tonic” contemplate life and the human condition, the album’s themes include multiculturalism (Gumbo), illicit drinking (Lighting), personal wellbeing (The Loon), age (Go Back), and travel (Cuz A U). JUMP UP is once again proudly working alongside The Specialized Project to release a vinyl edition, helping support their fund raising for teen cancer and mental health charities. If you’re visually inclined music videos have been made for every song on the album! Red vinyl limited to 300 copies and has been released to celebrate Record Store Day’s July date.