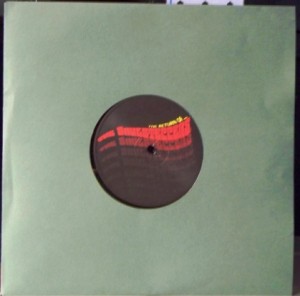 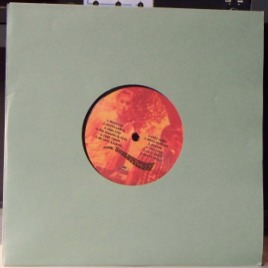 We just pressed this on vinyl due to popular demand! Limited edition of 300 copies, 10″ vinyl LP housed on vintage green sleeve. A skinhead reggae classic ! The SOULSTEPPERS formed in 1998 out of Bakersfield California, focusing on the original “skinhead” sounds of reggae and soul – ranging from the Jamaican producers of Leslie Kong, Lee Perry, and Clancy Eccles to the choppier UK styles of Laurel Aitken and Joe “The Boss” Mansano. At the time the USA (and much of the world) were in the midst of a “Third Wave” ska revival, but founding members Mike & AJ choose to focus on a Jamaican sound that had been sadly overlooked – the original 60’s skinhead reggae sound. When most fans talk about skinhead reggae, the conversation inevitably turns to the legendary UPSETTERS, a band who 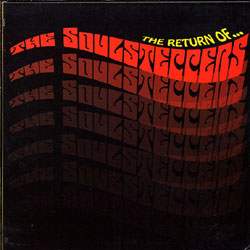 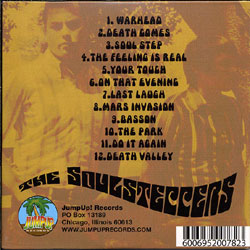 created some of the finest organ lead reggae instrumentals of all time, songs where a pure rhythm was the entire backbone of the song. From the years 1968-71 it seemed like members of THE UPSETTERS played on every crucial reggae single released, and were a major influence on bands like SYMARIP who took the skinhead sound to mainstream notoriety in late 60’s England. Step to current times – in 2001 SPIRIT of 69 Records in Germany released the band’s first full length “ONE MORE TIME” to worldwide acclaim, and since then THE SOULSTEPPERS have appeared on 7” singles released by up and coming European labels like LAVA and CONQUERING RULER. In addition to this, the worldwide success of THE AGGROLITES has helped bring the sound to a wider audience through Hellcat Records and collaborations with Tim Armstrong of Rancid. But truthfully, THE SOULSTEPPERS are glad to be isolated from this scene a bit in Northern California – allowing them to be more original in their approach without the pressure and gloss of Hollywood just a few steps away. While other bands tiptoe around the “skinhead issue,” The SOULSTEPERS are proud to say they make reggae for skinheads, and are very proud to be part of the skinhead scene worldwide. On this long awaited 2nd full length “The Return” – we see the band continue to dig into crates of vintage reggae 45s for inspiration, creating 12 original songs that take you back to the days of the greats released on Trojan, Pama, Jackpot, Duke, and Upsetter.

For Fans of: The AGGROLITES, The SLACKERS, LEE PERRY & THE UPSETTERS, TROJAN RECORDS, SYMARIP, LAUREL AITKEN