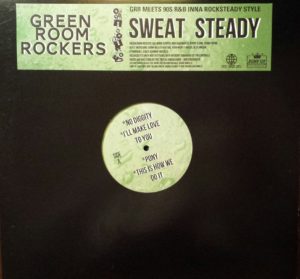 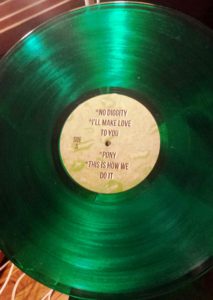 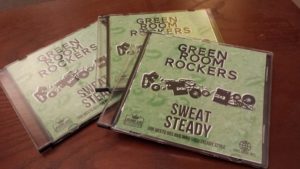 This project has been a bit of a holy grail for years. Did it exist? Could such an amazing concept album really happen? Just when you thought it was all bogus, the band would sneak a track or two in a live set and rumors would begin all over again. Shared live fan videos of GRR performing “PONY” and “NO DIGGITY” in 2017 got everyone talking again….then it happened. An official announcement on the Cassette Store Day website. It firs appeared as “Knockin’ Roots”, but then it’s official name was unleashed “SWEAT STEADY”. Eight tracks that immediately bring a smile to your face, and a mad dash to the packed dancefloor with the exclamation “that’s my jam!”  Damn straight it’s your jam, this album is all that and a bag of chips son! Amazing ska/reggae versions of Lauren Hill “Doo Wop”, Ginuwune “Pony”, Blackstreet “No Diggity”, R. Kelly “I Believe I Can Fly”, KC & JoJo “All My Life”, Aaliyah “Are You That Somebody”, Boys II Men “I’ll Make Love To You” and Montell Jordan “This Is How We Do It”. You gotta hear it to believe it! Visually. we put this on green vinyl (of course!) and have designed it to look like a 1990’s major-label DJ promo-only LP (you know, back when everyone said vinyl was dying). LP limited to 300 copies. “Mixtape style” slimline CD limited to 150 copies.  It’s also not too late to snag one of the super collectible limited edition cassette tapes only $5 more! Bang it on your boombox! 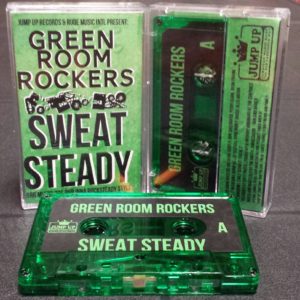