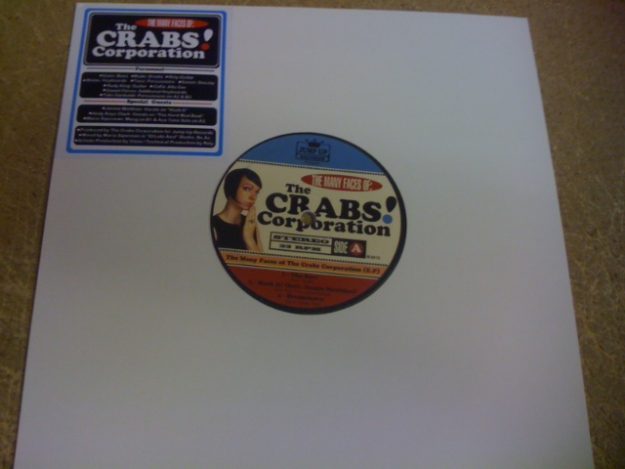 JUMP UP is excited and proud to release the new 6 track Mini LP from Argentina’s early reggae acid jazz champs THE CRABS CORPORATION! In the past few years the band has been busy releasing three excellent 7″ on Italian funk/soul imprint Record Kicks which featured guest appearances from Susan Cadogan, King Hammond, and Dave Barker. On this new 6 tracker the boss sounds keep coming, with Andy “Keys” Clarke and Jennie Mathias from the Belle Stars joining in on the fun. It’s a sonic all nighters that makes you boogaloo, dance the ska, do the reggae, and relive the Acid Jazz scene of the late 80’s. There’s even a Serge Gainsbourg influenced downtempo tune that whispers for your erotic attention!

Other influences? The Hippy Boys, Harry J All Stars, The Beverly All Stars, The Vulcans, The Rudies, Dave & Ansel Collins, Colonel Elliot & The Lunatics, Booker T & The MGs, The Mar-Keys, and Earl Van Dike.

Check out a couple of tunes on our jukebox to the right – you’ll like what you hear! Pressed on WHITE and RED heavyweight vinyl!  Tracks: The Sort – Hush It! – Breakdown – The Hard Mod Beat – Le Secrete – Do It