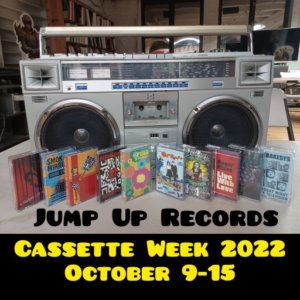 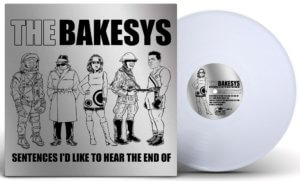 BRAND NEW 2022!  One of the UK’s leading ska & reggae exponents THE BAKESYS return with their third album release titled SENTENCES I’D LIKE TO HEAR THE END OF. Having kicked out a storming 2 tone meets power pop sound with album number one & ploughed a darker anti-establishment reggae vibe with album number two, for their third long player THE BAKESYS decided to head back to the 1960’s for inspiration. “SENTENCES…” takes the sweaty heave-hoe chugging rhythm of authentic 60’s Jamaican ska & fuses it with 80’s & 90’s drum loops & an avalanche of brass, synth, drum & vocal samples to deliver a unique & highly contagious sound. It’s a mix of 2-TONE, roots reggae, trip-hop, sample-based electronica and modern UK bass culture. One you listen you’ll be instantly hooked – and we are quite sure there’s nothing in your LP collection that sounds quite like this! Lyrically the album digs deep into the 1960’s and covers events & characters that helped to define the decade. There are tales of Christine Keeler, Fidel Castro, Bobby Kennedy & Cassius Clay, Neil Armstrong, Buzz Aldrin & Yuri Gagarin. And tales of the Berlin Wall & the global fear of nuclear war!  Limited edition of 350, including a very limited batch of white vinyl copies with silver “space suit” foil labels.  Check out the great review at DUFF GUIDE TO SKA!  NOTE: This will be sent to our LP subscription club members! 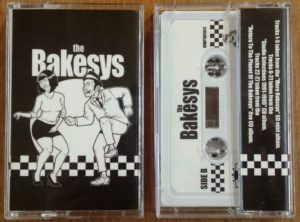 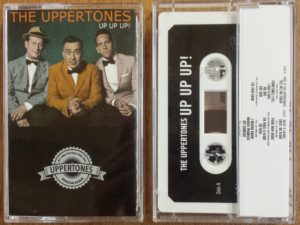 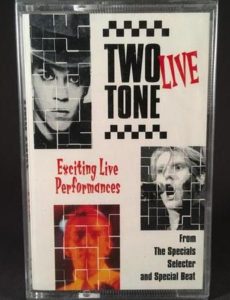