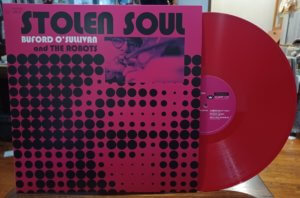 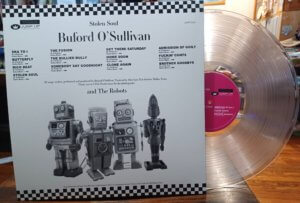 Buford O’Sullivan is a trombonist and composer who has performed world-wide since the 1980’s. His first band, ‘Big Noise’ traveled the Northeast Corridor playing the alt music circuit from NYC and Albany to Boston. Big Noise played regularly at CBGBs, The Cat Club, and the music strip of Bleeker Street. In the 1990’s, Buford toured the 3rd wave ska craze extensively with The Scofflaws and The Toasters, traveling all across the USA and Canada, Europe, and South America. The Scofflaws second release ‘Ska in Hi Fi’ featured several of his songs, including ‘William Shatner’ and ‘Nude Beach’ for which a video was made and aired on MTV. He contributed a drinking song ‘Can I Get Another’ to the Toasters’ final Moon records release “Enemy of the System”. After the millennium, he joined The Easy Star All-Stars and his reach spanned the globe with performances at The Glastonbury Music Festival in the UK, the Fuji Rock festival in Japan, Blues Festival in Australia, Moscow, Singapore, with countless tours of England, Mexico, Brazil, Argentina, South Africa, and these international trips continue to this day. He has also worked with other bands such as Antibalas Afrobeat Orchestra, Lee ‘Scratch’ Perry, Dave Hillyard and the Rock Steady Seven, The Brooklyn Attractors, and Dub is a Weapon. He continues to be the stand-in for Vin Gordon in the trombone chair for ‘The Skatalites Band’. His latest solo album “Stolen Soul” technically dropped at the end of 2019, and our initial plans for a vinyl release were side tracked by the pandemic. The album is so good we never gave up on it! As Buford puts it “Stolen Soul is a project that attempts to digitize the human soul. Using the wonders of 21st century technology, all of the anguish and sacrifice that goes into the human act of making music have been beatmaped and sampled to provide an album’s worth of listening enjoyment!” All songs written, produced, and performed by Buford himself, it’s a wonderful selection of 13 tracks that range from jazzy roots reggae, scorching ska, dub, early/skinhead reggae and modern 2-Tone – mostly instrumental but Buford belts it out on some songs too! Limited edition on red and clear vinyl. ***2023 Subscription Club Selection***