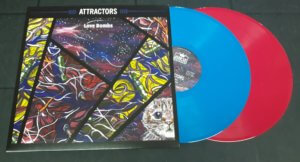 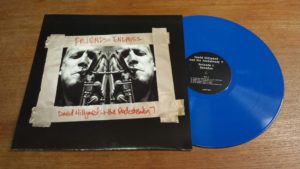 If you aren’t familiar with Dave’s saxophone playing history, maybe you’ve been living under a rock for the past couple of decades? He has been a gigging/touring musician since his teenage years, playing with HEPCAT, RANCID, STUBBORN ALL-STARS, Willie Williams, Stranger Cole, Glen Brown, Glen Adams, Archie Bell, and for the last 18 years, he has been the featured soloist with NYC’s legendary Ska band, THE SLACKERS. ROCKSTEADY 7, a fourteen year old all-star collective, is the band where Dave is able to showcase his unique style of Saxophone playing with extended Jazz improvisations over Reggae-Ska rhythms. As Dave explains, “I’m a freak stylistically. I’m a southern Californian raised kid who started out playing like Jamaican saxophonists, Roland Alphonso and Tommy McCook. Then I moved to New York and got into classic American saxophone like Coleman Hawkins, Ben Webster, Lester Young, and Illinois Jacquet. Then I went on the road and started to understand the blues. I got into Howling Wolf, Tbone Walker, and Sonny Boy Williamson.” END_OF_DOCUMENT_TOKEN_TO_BE_REPLACED 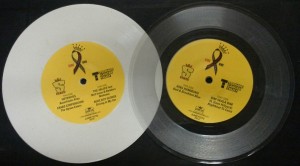 We are once again VERY proud to be part of SPECIALIZED’s latest musical series, with proceeds benefiting the TEENAGE CANCER TRUST foundation in the UK. As you remember, the inaugural SPECIALIZED compilation featured songs by THE SPECIALS, the second series expanded to a double disc set of (ENGLISH) BEAT songs, and this massive new undertaking honoring MADNESS ended up as a four CD mega collection! Once again, JUMP UP is filling the hunger of vinyl fiends worldwide by releasing the cream of the crop on limited edition 7″ singles!  We’ve got a bunch of special colors coming out on this one so keep a look out! END_OF_DOCUMENT_TOKEN_TO_BE_REPLACED 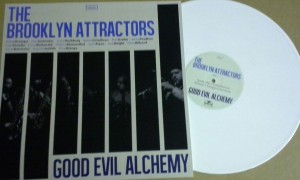 Anyone familiar with the American Reggae and Ska scene has already heard the work of the musicians in the BROOKLYN ATTRACTORS.  The group’s core line-up consists of New York City Reggae and Ska veterans, LARRY McDONALD, EDDIE OCAMPO, BIG DAN JESSELSOHN, BUFORD O’SULLIVAN, JUSTIN ROTHBERG, as well as Anant Pradhan and Luke Penella, two emerging musicians on the NY Jazz scene.  The group was created by Westbound Train trumpeter and Void Union co-founder RICH GRAIKO in 2011 as a way to pay homage to 1960’s era Jamaican and American instrumental music. END_OF_DOCUMENT_TOKEN_TO_BE_REPLACED