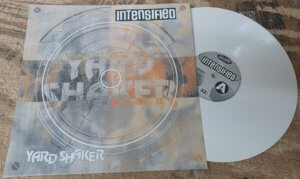 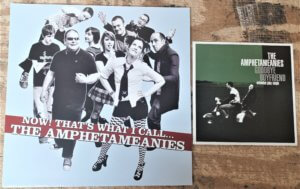 We’re digging back into the late 90’s for this vinyl repress! British traditional ska band INTENSIFIED released “Yard Shaker” in 1997, and to this day it stands as one of the best 60’s inspired Jamaican ska albums of the decade, on par with HEPCAT, The Articles, Scofflaws, etc. Listen to the cut “FAT CAT” from this album and the comparisons to HEPCAT jump out at ya! This limited white vinyl re-press with fold around sleeve won’t be around for long!!!! THE AMPHETAMEANIES second full length “Now That’s What I Call” came out in 2006 and was a bright light in the UK ska scene, very English fast paced 2-Tone with a Madness circus appeal. Male and female vocals trade off in this pub friendly ska stomper! As an added bonus we are tossing in their 2008 4 track EP “Goodbye Boyfriend” at no extra charge!