NOTE:  ONLY BLACK VINYL CURRENTLY AVAILABLE. Italy’s The Uppertones is a powerful trio of trombone, vocals, piano, & drums who play pre-ska Jamaican rhythm & blues – fronted by Mr.T-Bone on lead vocals. Their style is rooted in 1950’s Jamaica when rural mento & calypso / folk music began to mix with boogie, swing , boogaloo, and American rock n’ roll – the seeds of ska. This trio aims to please crowds with a stompin’ swing mixed with the Jamaican edge and style. Mr.T-Bone is a well known singer, composer, and trombone player in the international ska scene who has released 10 solo albums in the last 15 years and has toured Europe, USA, Canada, Indonesia, Japan, Brazil and Mexico. Drummer Ferdinando Count Ferdi Masi is an Italian ska pioneer who founded Casino Royale and The Bluebeaters. Pianist Phil Cuomo is a very talented young musician, pianist and singer from Genoa, his hands run like a Louisiana train on the keys. The Uppertones first album “Closer To The Bone” was released in December 2015 to worldwide acclaim, then in 2017 returned with “Up Up UP!” featuring guest vocalist Jesse Wagner from The Aggrolites. In 2019 Jump Up dropped a Christmas 7 inch covering Luis Prima’s “Shake Hands With Santa Claus” setting the stage for their new album “Easy Snappin” – 10 toe-tappers including re-works of “Mojo Workin”, “L.O.V.E.”, “That’s Amore”, “Down In Mexico” and the title track. It’s a must for fans of original ska like The Skatalites, Byron Lee & The Dragonaires, Blues Buesters as well as jump blues crooners Louis Prima, Frank Sinatra and Louis Jordan. The Uppertones forte is without a doubt their live set – the trio has been touring non-stop playing close to 100 shows a year in 12 different European countries – hopping from club to club in addition to the summr festival circuit. Catch The Uppertones if you can! END_OF_DOCUMENT_TOKEN_TO_BE_REPLACED 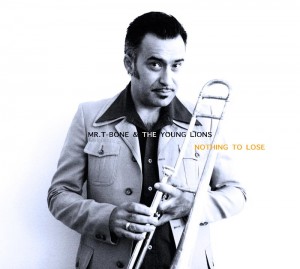 If you didn’t snag your copy of his new album on JUMP UP on his 2011 USA tour, it’s time to do so now! ITALY’s top traditional ska/reggae artist returns – MR T BONE’s soulful lyrics and big trombone often is compared to Germany’s DR RING DING, but he truly is a unique singer, instrumentalist, and bandleader whose YOUNG LIONS return for 14 tracks of rootsy ska, early reggae, and funky rock steady. Fans of THE SLACKERS totally love the YOUNG LIONS’ tight groove, and after the recent Chicago show a close friend of mine said he reminded him of a cross between LOUIS PRIMA and DENNIS BROWN! Now that’s an amazing compliment indeed! 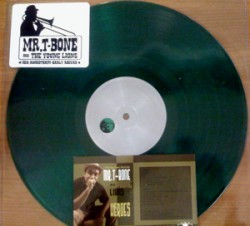 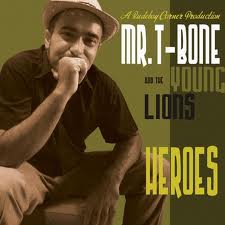 Since 1999, Mr. T-bone has been a member of the BlueBeaters and Africa Unite, which are two of the most influential ska and reggae bands in Italy. During that same year he founded the Jamaican Liberation Orchestra, the first Italian ska-jazz band and recorded the album “THAT’S IT!” (2002). He then composed and interpreted the soundtrack for the movie “Ravanello Pallido” which was a great success in Italy. In 2002 he joined the “New York Ska Jazz Ensemble” and with them he played two European tours and recorded the album “MINOR MOODS”. In 2004 came “MR.T-BONE SEES AMERICA”. He END_OF_DOCUMENT_TOKEN_TO_BE_REPLACED 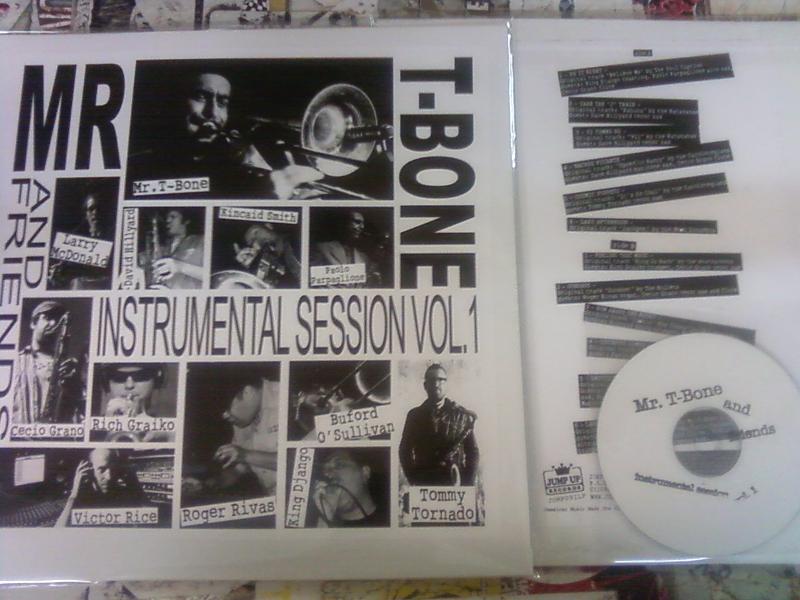 Instrumental Sessions Vol.1 was conceived over the years while MR T BONE toured across Europe and the United States. The caliber of bands and musicians he came across was so staggering, MR T BONE knew he had to make this album! Collecting some instrumental tracks of tunes that he loved, he composed new melodies for these songs and called up his favorite horn players to re-record the songs. The final result is END_OF_DOCUMENT_TOKEN_TO_BE_REPLACED