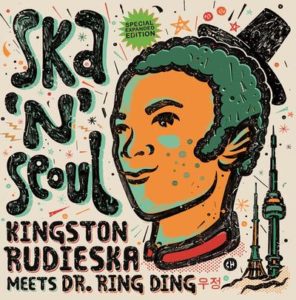 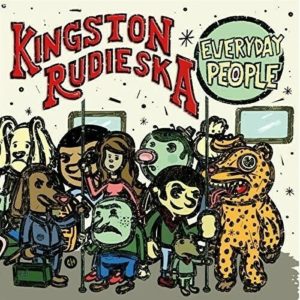 Korea’s authentic ska pioneers, KINGSTON RUDIESKA, bring a smile to faces and a shine to dancing shoes worldwide! The 9 piece wins fans wherever they go—be it festival stages, small punk clubs, national TV, the big screen or over the course of 4 full albums and several EPs. The band celebrated it’s 14th anniversary in 2018, collaborated with German ska legend Dr Ring Ding in 2014 which later resulted in their first vinyl recording on JUMP UP. Over the past autumn they worked on their latest album, “Everyday People”, under the guidance of veteran producer and engineer, Brian Dixon (former member of LA ska band The Aggrolites), which was officially released in Korea at the end of 2015.   Black vinyl copies remain for both albums – which are almost out of print! Artwork by Chema Skandal too! END_OF_DOCUMENT_TOKEN_TO_BE_REPLACED