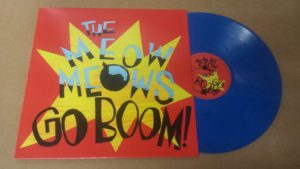 If you haven’t picked up a MEOW MEOWS record yet….what on earth are you waiting for?? This English band has been a touring monster, their high energy 2-TONE ska brings to mind the DANCE HALL CRASHERS and THE SPECIALS!!  Comparisons to THE SKINTS and HOLLIE COOK also are immediate – guess it’s that British accented sultry female wordplay?  We fell in love with their first album “SOMEHOW WE MET” – of course immediately putting it to wax! A year or so later we released the limited “Friends on Benefits” 7″ EP …but we are so proud to say that thie brilliant new album is HERE on vinyl!  We found this amazing write up from Brightonpost.com – we couldn’t descrive the album any better – so here it is!! END_OF_DOCUMENT_TOKEN_TO_BE_REPLACED 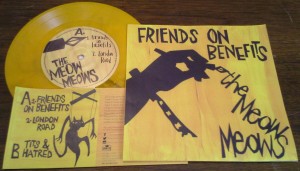 What has UK ska darlings MEOW MEOWS been up to recently?  Well, they’ve got a brand new 3 track 7” single called “FRIENDS ON BENEFITS” on JUMP UP RECORDS!  Of course it’s a fantastic mix of 2 TONE ska and garage rock lead by a female vocal force, drawing comparisons to a wide range of artists like THE SKINTS, HOLLIE COOK, THE SELECTER, and DANCE HALL CRASHERS!  But the origins of the title track is truly fascinating! Read on below!  END_OF_DOCUMENT_TOKEN_TO_BE_REPLACED 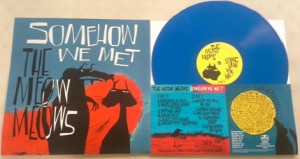