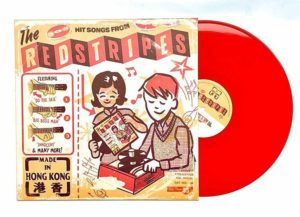 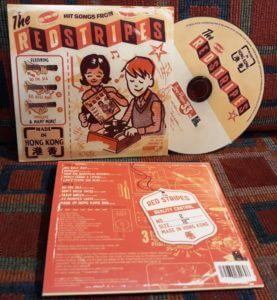 The Red Stripes are Hong Kong’s premier Ska band and have been playing to packed audiences all over Asia. Their brand of Ska from a vintage era features a full 10 piece band and hail originally from the UK, Canada and Australia. Over the past six years they have played festivals and shows around Asia including Singapore, Tokyo, Osaka, Taipei, China, Kuala Lumpur, Indonesia, Seoul and London. They have performed at top events in Hong Kong and as backing to Neville Staple and Roddy Radiation (The Specials), and supported the likes of Roy Ellis, Keith and Tex, The Toasters and The Skatalites among others. After releasing their debut 10 track album ‘In The Ska East’ with legendary Ska vocalist, writer and producer Sean ‘Cavo’ Dinsmore’  (The Toasters / Unity 2) at the helm the band received much critical acclaim including a top 20 album nod ‘by Do The Dog’ skazine.  The band are also featured on recent Specialized Records tribute albums to Trojan Records (Boss Sounds)  and 2 Tone (Check One-2).  In 2019 the band went into legendary Avon Studios in Hong Kong and recorded their brand new album ‘Made In Hong Kong’ with top recording artist and producer KING ZEPHA at the helm. Recorded on vintage equipment to create an authentic Ska sound that blends elements of Soul, Dub, Reggae and Rocksteady. The band have been asked to perform at the 2020 London International Ska Festival in April and will be touring Asia later in the year. Once again we are proud to carry their new record on imported red vinyl LP (limited 200) and compact disc (limited to 100).