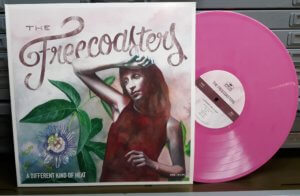 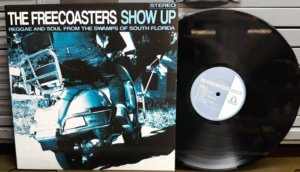 The Freecoasters create a fresh and original sound by infusing the best of American southern soul with infectious reggae and rocksteady rhythms. Specializing in tuneful, danceable originals, their broad repertoire is influenced by classics such as Toots & The Maytals, The Skatalites, The Beatles, and The Temptations to contemporary acts like Amy Winehouse, Alabama Shakes, and Sharon Jones. Whatever the song, The Freecoasters’ sound is unmistakably authentic and original, lead by powerhouse vocalist Claire Liparulo. Their second album, “A Different Kind of Heat” features a dozen songs once again produced by Jesse Wagner and recorded/mixed by Roger Rivas, both from California reggae superstars The Aggrolites. Arguably one of the most soulful & heartfelt releases to emerge from the ska scene in years, it truly is a modern day classsic. Limited edition pink vinyl limited to 150 copies! Black vinyl available too! Add the bands first self released album at the same time for only an additonal $10 !