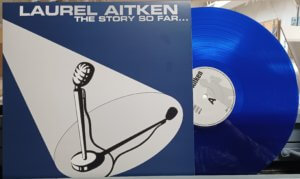 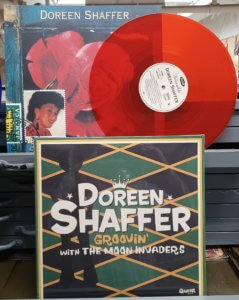 Happy to get these back in stock! Over the past 3 years we have reissued four modern-era LPs from ska’s originators THE SKATALITES, and fans have been asking us to get these solo albums from DOREEN SHAFFER back in stock!  ADORABLE was released in 1997 and sees her backed by DR RING DING and the SENIOR ALL STARS – limited edition RED vinyl in fold over sleeve.  2009’s “Groovin” was backed by Belgium’s MOON INVADERS. Not to be outdone is LAUREL AITKEN’S “Story So Far” LP  – his biggest hits from the 60s re-recorded for modern times, originally released in 1995 and now repressed on BLUE vinyl. Stock is VERY limited on these!