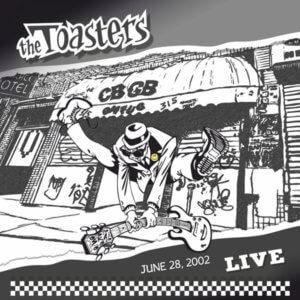 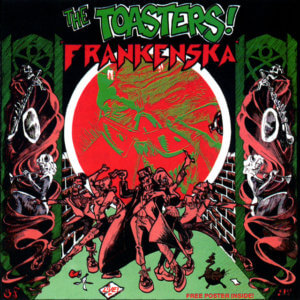 BLACK BUTCHER issues the legendary last CBGB’s set from THE TOASTERS in 2002, originally released my MVD Audio in 2015 and immediately went out of print! A great set captured professionally during the final weeks of the NYC club’s existence:  Shocker! / I’m Running Right Through The World / Shebeen / Sitting On Top Of The World / Modern World America / Mona / Can I Get Another? / Run Rudy Run / 2tone Army / Social Security. We’ve also restocked the the first ever LIVE album recorded in 1989 in London, featuring the first every appearance of COOLIE RANX on vocals, who was a temporary fill in due to the sudden departure of THRILL ME UP era singer CAVO and NENE (aka UNITY 2). Little did we know COOLIE would come back a few years later permanently. Originally issued on UNICORN records thanks to MAD BUTCHER Germany a whole new generation of ska fans gets to hear this classic on vinyl 30 years later. Limited to 500 copies. Read all about this great release at the DUFF GUIDE TO SKA.  Tracklisting:  A1 Matt Davis  A2 Weekend In L.A.  A3 Go Girl  A4 Run Rudy Run  A5 Thrill Me Up  B1 Don’t Blame Me  B2 One-Track Mind  B3 Ska Killers  B4 East Side Beat  B5 Pool Shark