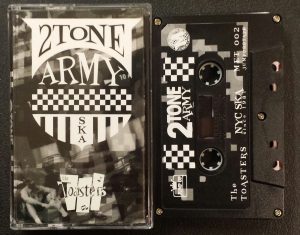 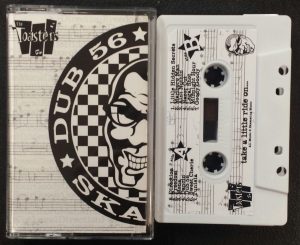 At long last, two 90’s classics from THE TOASTERS back on limited edition cassette tape! “DUB 56” was released in 1994, right when the ska scene started to kick into high gear! The album was released on cassette tape by Moon Ska NYC and in Europe on Poland’s Rock N’ Roller label. “2 TONE ARMY” originally was released in 1996 as “HARD BAND FE DEAD” on Moon Ska NYC, and positioned the band to be one of the top acts during the heydey of third wave ska. Features guest appearances from Lester Sterling of The Skatalites and Laurel Aitken. In 1998 the album was named “2 TONE ARMY” for the very first time, released in Poland by Rock N’ Roller…on cassette! This was the only tape release for the album, and has become quite a rarity indeed! We’re glad to have it back on tape once again! Both “DUB 56” and “2 TONE ARMY” are limited editions of 150 copies with brand new artwork – highly collectible! 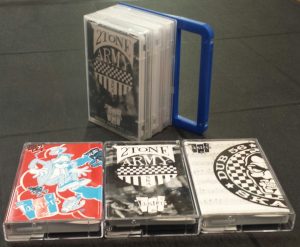 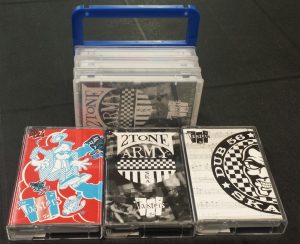 Have you picked up our cassette version of THE TOASTERS 1990 classic “SKABOOM” yet? If not pick up our TOASTER PACK! Get all three cassette tapes (2 TONE ARMY / DUB 56 / SKABOOM) in a limited edition carrying case for a super low price!